What Judges Say About CASA

Judge Sue Bischel is in her 18th year on the Brown County circuit court. The “vast majority” of those years, she says, have included at least a portion of the juvenile rotation. Before her tenure on the bench, Her Honor notes, she was an assistant Brown County district attorney whose caseload included juvenile cases and the criminal prosecution of child abuse and neglect.

Before she learned about CASA, she remembers thinking, “one thing that I thought was missing in all those kids’ lives, it was one adult who made that child an absolute priority in their life, who said that this child’s well-being and welfare is of utmost importance to me under all circumstances.” 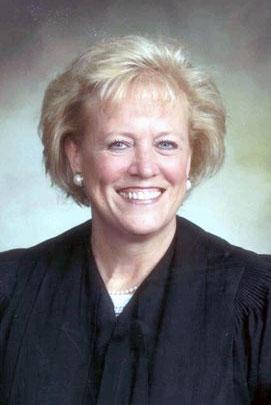 The need for CASA volunteers in Brown County is relentless, she notes, citing “thousands of referrals for child abuse and neglect every year” in her county. She estimates perhaps 250 of these fall through the human-services safety nets into the court system. By then, she says, “it’s a dire situation.”

In such cases, “CASA volunteers feel like a big safety net for judges,” Judge Bischel reflects. “We are making enormous decisions about these children in the short term, but knowing that the decision we make will affect them in the long term.” A Court Appointed Special Advocate can be critical, for example, in considering a child’s emotional ties to a mother or father against the threat posed by an abusive parent or significant other.

Her Honor shares a specific case to illustrate how CASA volunteers can help her arrive at a decision. With four children of her own, Judge Bischel is accustomed to “getting kids to talk to me.” But there was a 14-year-old girl in her courtroom who proved more difficult to draw out.

The girl “had been sexually assaulted by her birth father and both her mother’s next husband and her mother’s next boyfriend,” Judge Bischel remembers. When the girl reported the assault, her  mother “did not believe her and” – here, Judge Bischel’s voice softens, audibly moved by the memory – “sided with the perpetrator. I can’t imagine a more painful position for an adolescent girl to be in.”

There was a dispute in court regarding where the girl was going to be placed, she continues. Her guardian ad litem had intuited there was something the girl needed to say, but had been unable to draw her out. Judge Bischel asked the girl if she’d be willing to consult with the judge in chambers. The girl said yes, she remembers, and all parties consented.

“We didn’t get half-way in the door,” Judge Bischel recalls, “and she said, ‘I need my CASA.’ And we got her CASA in there….and she told her CASA everything.” Her Honor remembers how impressed she was by the CASA’s forthright commitment, and how much the girl trusted her CASA. “It was just an unbelievable experience,” Judge Bischel remembers. The girl was, she says, “keeping a lot of secrets.”

Judge Bischel steps back to view a contextual backdrop underscoring the relentless need for CASA volunteers. With a variety of factors contributing to an instability that drives families to become needier, she observes, “there’s even more of a need for that one constant person who will be there no matter what.”